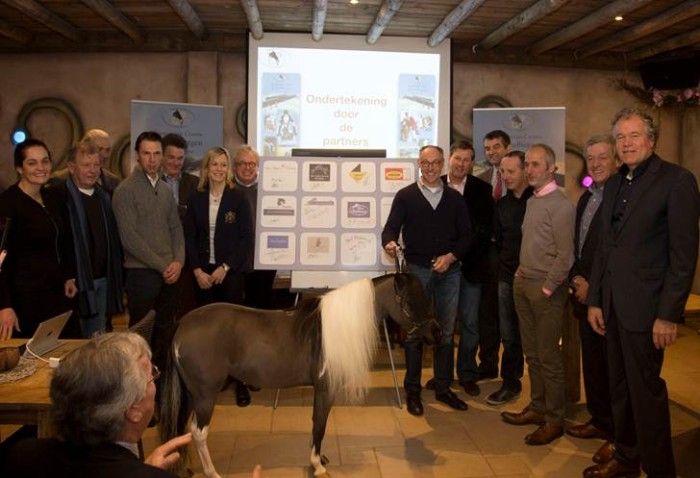 A group of equestrian entrepreneurs and related businesses, including Hendrix Trading BV, Paardenkliniek Venlo BV, Stal Joppen, Stal Ger Poels, Stal Thijssen BV, Van Asten & Nyberg Equestrian BV, Roggel Onroerend Goed BV, Stal Anthonis, HAVENS NV, Stal Brouwershof BV, are investing in a yet to be built Equestrian Centre de Peelbergen. ‘With the closure of De Leistert a few years ago the lack of an international equestrian centre was greatly felt. An independent centre is very important to the sector in order to compete with Belgium and Germany when it comes to equestrian sport and trade’ according to Rob Ehrens, Federation coach of the Dutch show jumpers.

The government is investing 3.5 million Euros in the equestrian development of Park de Peelbergen, for the infrastructure and recreation. The equestrian sector is itself investing 4 million Euro in total in the Equestrian Centre that forms part of this. The municipality Horst aan de Maas considers this development to be of great importance. The investment of the sector itself shows that the need for an Equestrian Centre is great. This means that the project has a great chance of succeeding. Equestrianism is the spearhead in the province of Limburg’s policy and the municipality Horst aan de Maas has marked the centre as an important economic project. The equestrian sector is an economic growth sector which is why the municipality is willing to facilitate this initiative. The Equestrian Centre will provide job opportunities in the region and will generate spin-offs. And just as importantly: it stimulates recreation. As a result, Horst aan de Maas and North-Limburg show themselves internationally to be a true equestrian region.

The realisation of Equestrian Centre de Peelbergen has moved a step closer. In total four million Euros must be generated from the market. Board member Marco Zeekaf who, together with Board member Peter Joosten, is responsible for the finances, is confident that this will be a success. ‘A European centre of this size has added-value for all individual equestrian entrepreneurs in South-East Netherlands. Our ambition is to become the podium for the equestrian sport and business within Europe, where all disciplines can meet together and be optimally facilitated. There is a sound business plan and we are convinced that we are going to build a profitable centre in Horst’ according to Zeekaf.

Discussions are currently still ongoing, both in the Netherlands and abroad, with a large number of potential investors. The board of the Equestrian Centre de Peelbergen hopes to be able to announce the names very soon. The centre is expected to be complete at the end of 2014. The equestrian development area, of which the Equestrian Centre is part, will be 14 hectares in size, will have three indoor arenas and outside, a derby course and two outdoor schools, which both professional and recreational riders will be able to use. It is thus suitable for business, top sport, recreation and the organisation of international competitions.