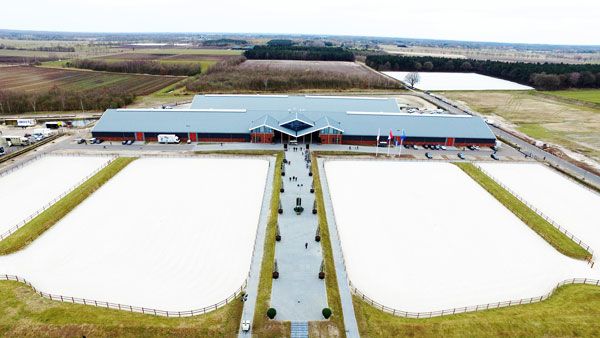 Equestrian Centre de Peelbergen provides a podium to riders and horses of all levels at the upcoming Indoor CSI. The versatility of the centre will be tested this weekend by many national and international participants. Among which the ever-rising star Sanne Thijssen, Michel Hendrix who has recently been added to the Dutch Olympic squad and Belgian top rider Gudrun Patteet.

Last weekend Sanne Thijssen won the Grand Prix of Vilamoura for the second time in her career. This weekend she will show her skills in Kronenberg. With this win the rider from Sevenum triumphs in her fourth GP win this year alone. Due to all her victories the seventeen-year-old keeps climbing the Longines FEI world ranking and is currently the 85th highest ranking rider in the world. At present, she is the highest placed female rider from the Netherlands in the ranking. Just behind Dutch top riders like Harrie Smolders, Jeroen Dubbeldam and Maikel van der Vleuten in sixth place for Holland. The former Belgian champion and also the highest placed female rider from Belgium, Gudrun Patteet, will be present.

Michel Hendrix, who was recently added to the Olympic squad due to the fantastic results with his horse Baileys, will also take part in the CSI and will bring all of his top horses along. Colleague and co-founder of the Peelbergen, Joy Lammers, is not so lucky when it comes to her mounts. Two of her top horses, Winny and Taura van de Broekkant are not fit to compete. “Of course it is disappointing that I cannot start my best horses, but it highlights the versatility of the competition program. I can bring the same amount of horses that I intended, but now I will bring some younger, less experienced ones for the other classes. This flexibility appeals to many participants”, explains the Dutch rider, who lives just across the border in Belgium. “I’ve been to many shows abroad this year and everyone I spoke to had heard about Equestrian Centre de Peelbergen. It is known for being horse friendly and also as very welcoming to all visitors. This will attract a lot of riders to our upcoming shows, which is great”.

Besides the 450 horses and their riders the organization is also counting on many spectators. The program has various classes at CSI**, CSI* and CSIYH1* level, but the Grand Prix on Sunday, which will start at 15.00 PM, will be the main event of the weekend.