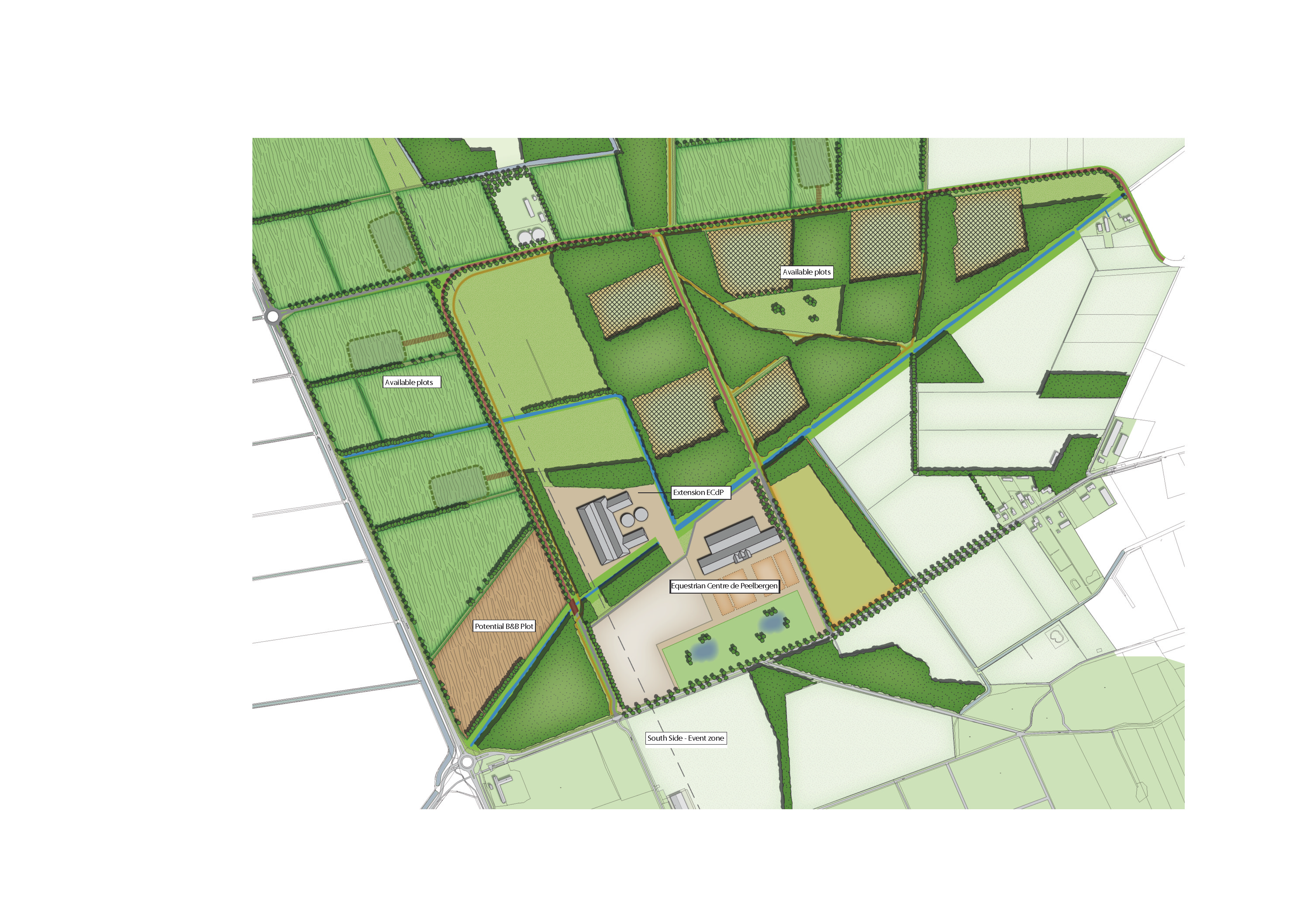 KRONENBERG – This week marked a milestone for the equestrian zone which is located in the Province of Limburg in the Netherlands. The Koksalan family, originally from Turkey, have signed the first purchase agreement for a plot of land in the equestrian zone. The plot is located to the north of the Equestrian Centre de Peelbergen. The family will lead the way in developing a trading and sports stable on the grounds of the equestrian zone. Emphasizing that Dutch equestrianism is flourishing and still expanding in Limburg.

History being made Several potential foreign buyers have shown interest in taking part of history being made in The Netherlands. One of the ten plots, stretching over several hectares in the municipality of Horst aan de Maas, now has new pioneering owners; International show jumper Selcuk Koksalan and his wife Purlen. They currently train and stable their horses with Ger Poels in Swolgen. With the acquisition of their new property the Turkish family plans to relocate to the village of Kronenberg, near the Equestrian Centre de Peelbergen (ECdP). The Koksalan family decided to invest in this area because of the national and international growth potential of the equestrian zone. Their stables will be called ‘Stal Leyla’, named after their two year old daughter. The Koksalans are also one of the founding parties of the ECdP, using the name of their main retail business in Turkey, LC Waikiki. A clothing brand which has 35 stores worldwide.

Great appeal After the official opening of the ECdP in early 2016 there has been a lot of interest in the opportunities that the equestrian zone around the centre has to offer. The centre, which was an initiative of 35 founders, predominantly renowned equestrians, was to build to suit all needs of its users. Now having completed the built it is evident that the ECdP is part of a fast growing and highly esteemed equestrian region. The area has a great appeal for the establishment of new businesses. A recent example of this is Italian rider Antonio Alfonsos decision to base his yard, Stal Oxer, in Evertoord. Which is a town not far from Kronenberg, where the ECdP is located. Other renowned yards in the vicinity of the equestrian zone are Stal Hendrix, Stal Thijssen, Ger Poels Horses, Carpe Diem, Van Asten – Nyberg Stables and many more.

Part of the horse boulevard The equestrian zone can be divided into three areas. The east side will be developed as a commercial area for equestrian facilities such as a vet, farrier and shops. On the south side there is room for equestrian events, both recreational and professional sport. The north side consists of ten plots. Varying between 3-7 hectares, these plots are ready to be developed into sport- and trading stables, livery stables and horse farms as the Koksalan family are planning. The equestrian zone is part of the horse boulevard in the Province of Limburg and is rapidly becoming the equestrian hotspot of the Netherlands. Not only does the ECdP offer year round training facility, but throughout 2017 no less than 10 international competitions will take place in the equestrian zone. The ECdP will host 8 showjumping competitions, one eventing competition and one driving event.