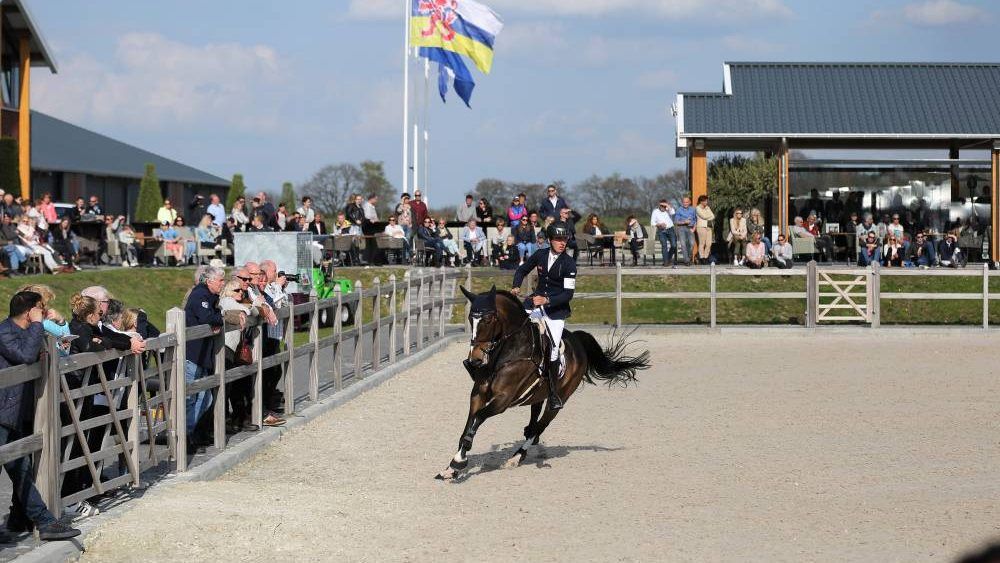 KRONENBERG – The first week of the Spring Tour at De Peelbergen starts Thursday, March 29th. The organization is honored to announce the entries of some of the world’s best riders. A few of the names belonging to the jumping top that are on the start lists are those of Marcus Ehning, Scott Brash and Bertram Allen. The three-week event in the Netherlands also offers an additional prize in the form of a Böckmann trailer in addition to six Longines Ranking classes.

The CSI Spring Tour offers 300.000 euro in total prize money with the possibility to start in a total of six Longines Ranking classes. As an added bonus Equestrian Centre de Peelbergen, together with Böckmann, will offer the change to win a horse trailer. This will be made available to the rider who collects the most points over 4 Ranking classes.

Full house
The accommodation of De Peelbergen and the show schedule, which offers the option to start five-year-old horses in the youngster tour for the first time, attracts many riders. Those who are not on the wait list can compete amongst top riders from home and abroad. For example, Olympic showjumper Marcus Ehning is on the start list, as is Irish rider Bertram Allen, who lives in Germany. Amongst others, he will bring two of his top horses, Hector van D’Abdijhoeve (by Cabrio van de Heffinck) and Canto-son GK Casper.

Hello Mr. President
Rolex Grand Slam winner Scott Brash is also present. The British rider will ride Hello Mr. President, with whom he jumped a hat-trick of Grand Prix-victories over the past few months at the MET in Oliva. Italian rider Alberto Zorzi, who like Brash, jumped at the LGCT of Mexico last weekend, will also compete. Henrik von Eckermann will show under the Swedish flag, whilst Maikel van der Vleuten, Aniek Poels and Gerco Schröder will represent the Netherlands.

The show jumping event on the grounds of Grandorse in Kronenberg lasts through April 15th. With several CSIYH, CSI1*, CSI2* classes and three Grand Prix’s, De Peelbergen will be at the heart of showjumping at its best the coming three weeks. For the complete program and the complete riders list, see:https://www.peelbergen.eu/csi-de-peelbergen-outdoor-tour-week-1/